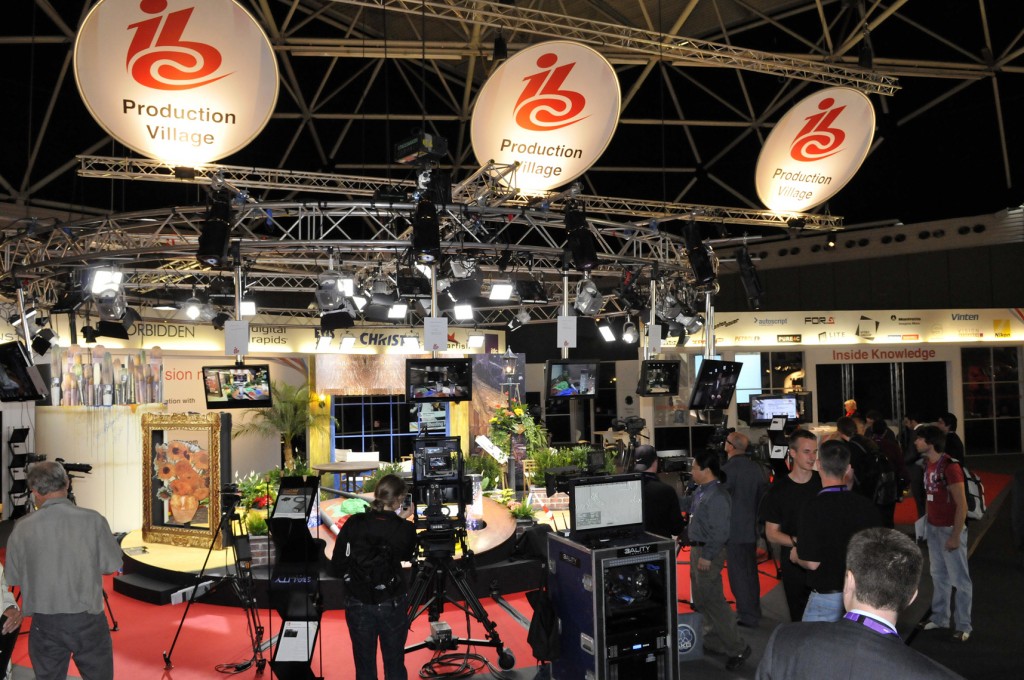 A common theme at this years show in Amsterdam was a focus on making content available – on all platforms, at any moment. With viewers engaging in many new ways the competition is fierce to maintain viewer attention across devices.

We have passed the tipping point from an industry defined by its technology to a world of connectivity driven by consumers expecting content everywhere.

Some of the exhibition highlights:

Canon highlighted the capabilities of its new firmware upgrades for its EOS C500 and EOS C300 Digital Cinema Cameras, DP-V3010 4K reference display and Cinema RAW Development (CRD) software, which are designed to better integrate both the acquisition and management of 4K footage into all work-flow situations.

Alcatel-Lucent said it’s working on a new architecture that will help pay TV providers store customer’s favourite TV shows in the cloud while also maintaining compliance with content rights and copyright
laws. The company is developing a prototype of the architecture and expects it to be ready for trials in mid-2015.

A+E Networks and Cisco Systems have integrated and tested Nielsen ID3 tagging to track viewing patterns on mobile devices. Cisco noted that their D9036 encoder has been updated to deliver ID3 tagging. A+E Networks will support viewer measurement on PCs, tablets and smart-phones.

NHK is looking forward to 8K TVs which offer four-times the pixel count of 4K (16 times that of HD). Impressive 8K footage captured at this year’s Brazil World Cup was shown – but NHK also displayed how it could be used more practically in the future – for example for showing digital versions of artworks or historical information in a museum with extreme levels of detail.