Tieline has announced its Genie Distribution audio codec will display new network features at IBC 2015 for the first time.

Genie Distribution is the world’s first multi-channel and multi-network 1RU codec, now capable of connecting up to six simultaneous connections over IP, SIP, ISDN and POTS.

With increasing pressure on reducing operational costs, broadcasters are looking for cost effective solutions to distribute programming and replace costly satellite, circuit switched and MPLS IP infrastructure. Genie Distribution offers unparalleled flexibility with a wide range of audio distribution solutions. It can stream multiple algorithms simultaneously, at different sample rates and bit-rates, over all network transports at the same time. Tieline has also taken SIP development to a new level by supporting up to 6 simultaneous SIP connections. 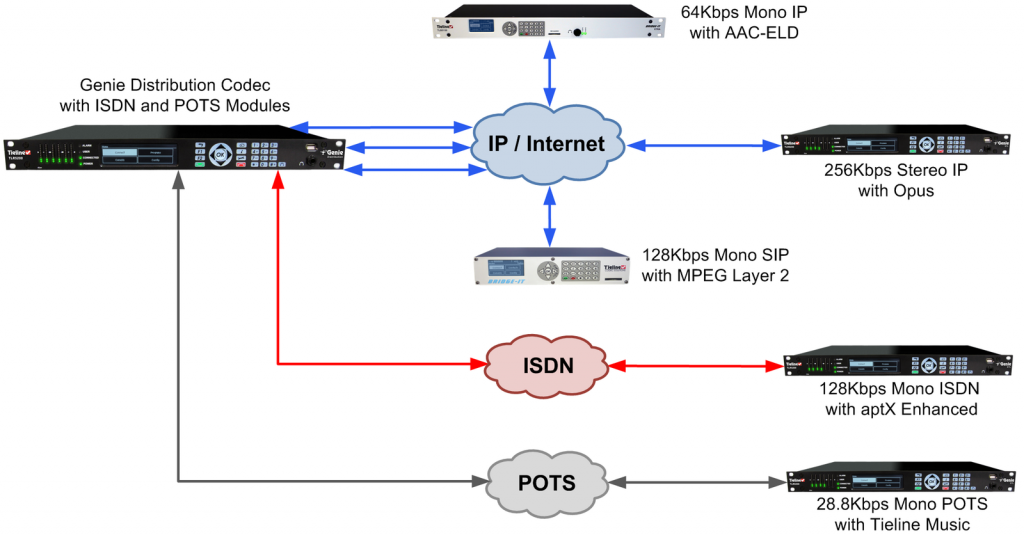 “A single Genie Distribution codec can transmit or receive multiple audio streams in multi-unicast or multicast modes, delivering substantial savings in hardware costs. Having such a powerful codec perform all these functions from a single 1RU box frees up significant rack space.”

Genie Distribution is fully compatible with both IPv4 and IPv6 network infrastructures and is also EBU N/ACIP 3326 compliant to maximize interoperability with other SIP-enabled codec brands. A WheatNet-IP version of the codec is also available.

Tieline has developed a new HTML5 version of its Toolbox web-GUI which will be unveiled for the first time at IBC 2015.

The new HTML5 Toolbox is compatible with the Genie, Merlin and Bridge-IT codec families and has been developed to improve the user experience with codec command and control. With some major web-browsers moving away from Java compatibility, Tieline is delivering a new option which runs seamlessly on modern browsers.

The HTML5 Toolbox web-GUI will run on computers and tablets, as well as iOS and Android smartphones, which expands the range of devices engineers can now use for configuration.

In addition, many users have previously experienced connectivity issues due to regular Java updates designed to mitigate exposure to security vulnerabilities. By using the HTML5 Toolbox these issues will be avoided.

Want to improve your ratings?