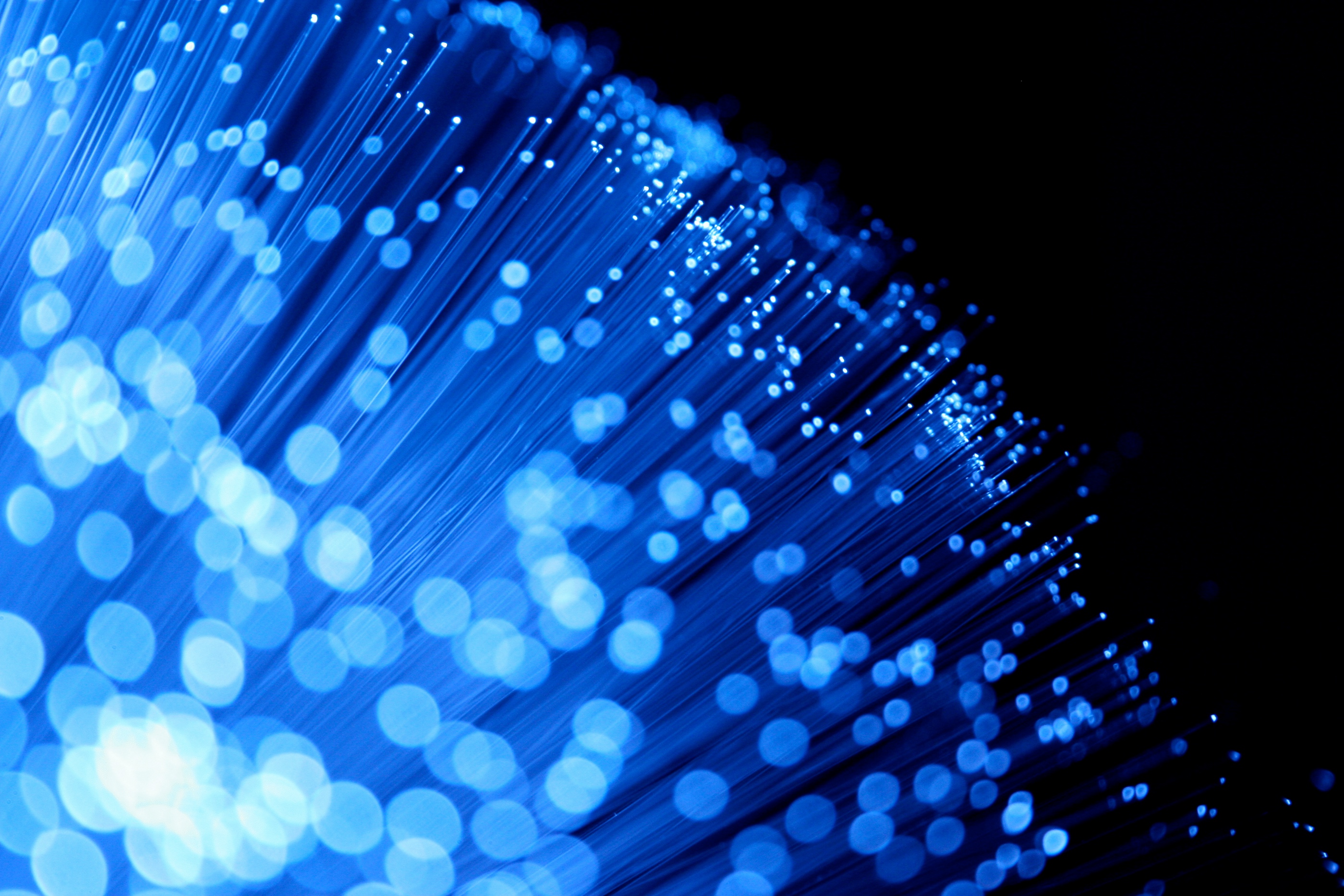 When working at live events packed with different broadcasters it can be hard to find clear frequencies for wireless radio mics and in-ear monitoring. For this reason Southern Broadcast produced a custom New Zealand frequency plan for all Wisycom wireless transmitters and receivers using the RSM’s ammended GURL 222921/2. The plan features groups of intermod free frequencies based around DTV channels, and open groups for use in areas without DTV transmissions.

Despite this, and even with the high 100mW outout of Wisycom beltpack transmitters, sometimes you just need more range from a wireless system. Roving camera crews and reporters can be a real headache when trying to plan for the best coverage at a venue. Wisycom’s latest solution, the MFL RF-over-fiber link system addresses this issue. The link allows a receiver to be connected to several diverse, remote antennas. A link distance of up to 30km means the receiver can be located right where audio ingest is needed, and antennas can be located exactly where they offer best coverage. When used with a matrix switcher an antenna array is formed and the receiver is able to use the signal from the antenna with the best reception. The BBC put the system to good use at Formula 1, ensuring that there is adequate coverage across the pit lane, garages and around the track.

This system diagram shows the typical application for the fiber link. Wisycom’s two channel MRK960 rackmount receiver features antenna loop through allowing them to be daisy-chained. 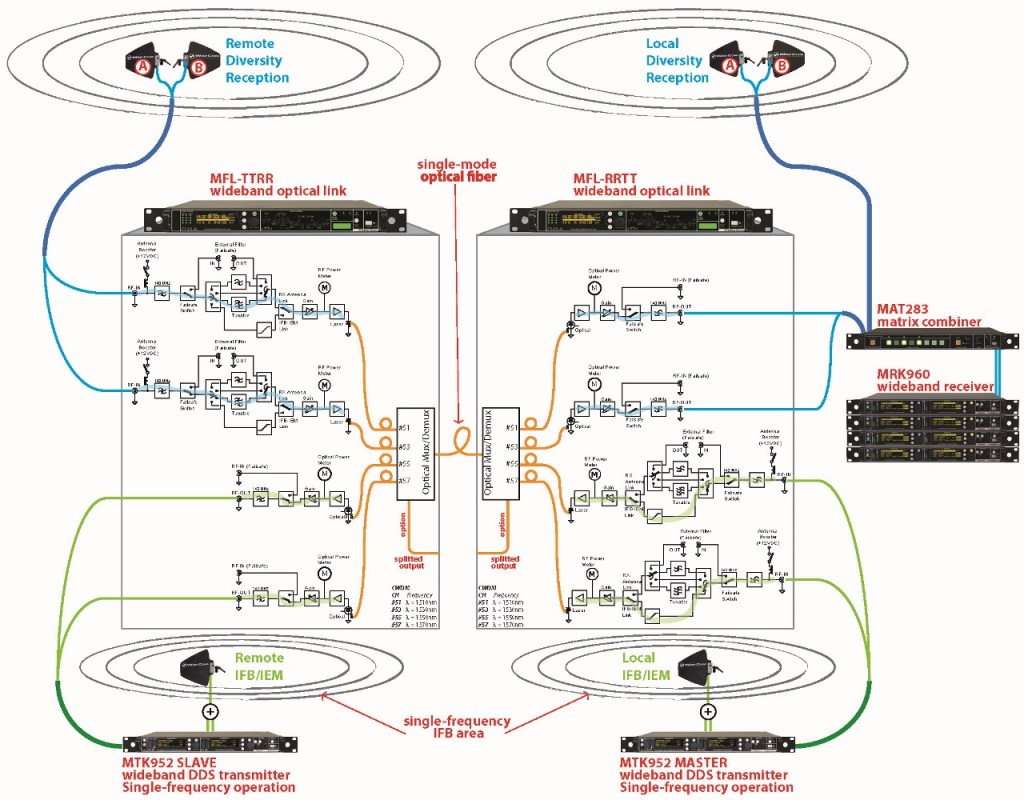 We have listed some examples of how broadcasters round the world are using Wisycom’s fiber distribution and radio mic systems.

Clair Broadcast chose the MFL RF Distribution system from WISYCOM as part of its contract to supply wireless audio needs for the live broadcast of the Thanksgiving Day parade held this year in New York City. Read more here…

“The major broadcast coverage of the parade spans several city blocks and I needed complete RF coverage via fiber to support the wireless intercom, mics, in ear monitors and IFBs that we used for the televised portions. The Wisycom MFL RF Distribution system successfully provided the RF coverage needed and helped to keep our audio flowing flawlessly. It was a huge help to have such a powerful, streamlined solution.”

​The 2014 Formula 1 racing season not only heralds dramatic new cars on the tarmac, technical innovations in the broadcast coverage are also taking place behind the scenes. Read more here…

A further issue is transmission range, often compromised due to long distances back to the sound gallery; Wisycom and Raycom have solved this by implementing cutting edge RF over fibre technology to enable ultimate location of antennas for both audio and IEM. Wisycom’s RF over fibre design is unique in that it’s purpose built, not simply an ‘off the shelf’ module. Full remote control, monitoring facilities, automatic gain control and filter tuning of diversity antenna inputs is available in a true “plug and play” format.

Adrian Lim at On Screen Asia

An all-new approach being taken by Sky Sports F1 HD has all audio being delivered wireless from pit-lane remotes to studio interviews. This is acheived with a range of Wisycom radio equipment including the new intermod-free transmitters in belt-pack and hand-held form which feature the widest frequency tuning range in the world of 232MHz for global use. Read more here…

Wisycom provide some of the best wireless microphone systems available today. Their products are well designed and they fulfill the requirements we have for this prestigious project for Sky which are why we chose them.

Want to upgrade your radio mic's?